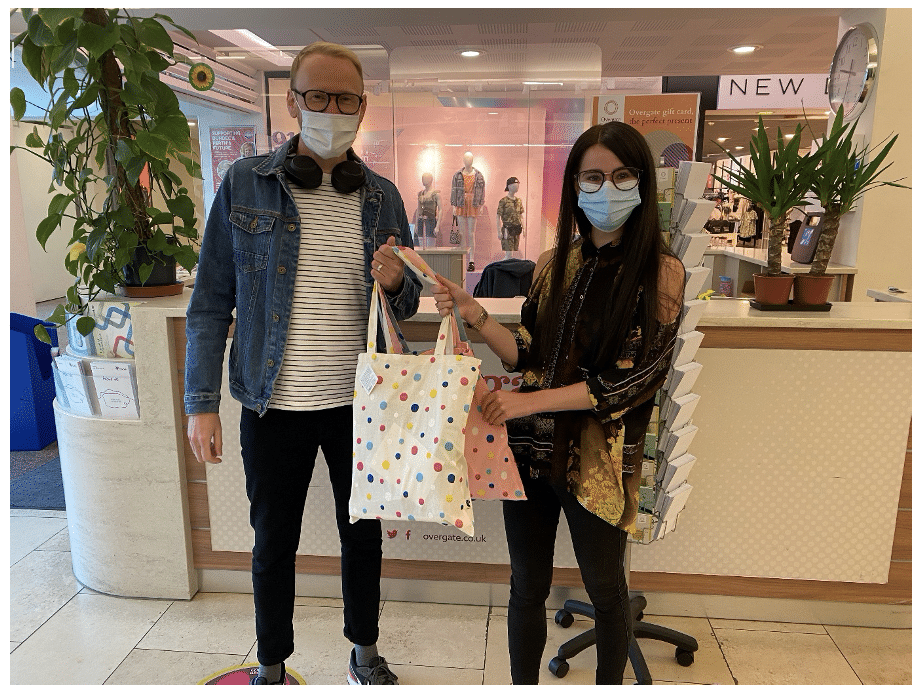 In a partnership with Developing the Young Workforce and Sleeperz Hotel Dundee, Overgate are delighted to have been a part of the Dundee 2030 Tourism Competition.

Being as imaginative and creative as they like, primary school children from across Dundee were invited to design a visitor campaign for Dundee for the year 2030! With tourism worth £5.5 billion to the Scottish economy, children were asked to think about how we will continue to attract tourist to the city in the future.

The volume and quality of the entries really was outstanding and Manny Baber, General Manager at Sleeperz, had the difficult decision to select only three winners.

“My team and I at Sleeperz were so impressed with the calibre of entries from the young people and it took us a long time, and much debate, to narrow it down to three winners. They were all so good, showing excellent creativity, invention and vision – such a great effort and if we had it our way everyone would be the winner. The enthusiasm jumped out from each entry and inspired us all with some awesome ideas, many of which could be used by the city as part of the Waterfront Regeneration and beyond. Thanks to all the young people who took part, and here are the three winners as selected by Sleeperz Hotel:”

Kyle McNicoll and Jayden Walker. Craigowl Primary School “This was an excellent presentation with such an open thought process capturing the future green aspirations of the city, which is hugely important not just for Dundee but for the world, with some brilliant ideas for future tourism in the city. Well done guys!”

“The simplicity is amazing yet such an ‘out there’ and futuristic idea. It was unique among the entries, showing wonderful imagination, and again highlighting that tourism of the future must have a green, eco-friendly emphasis. Great job, Eve!”

“The young lady’s confidence is hugely inspiring. She has put so much preparation into this and performs it beautifully, with great poise and passion, and presents better than some of my senior team! Fantastic effort, Sarah!”

Congratulations to Kyle, Jayden, Eve and Sarah, and well done to all the pupils who took part for their fantastic designs. Prizes were kindly donated by Overgate retailers including New Look, Tiger, Crafted Pine, Five Guys and Claire’s.

“Overgate was delighted to have partnered with Developing the Young Workforce for the Visit Dundee 2030 competition.

These are exciting times for the city and an attractive tourism proposition is a fundamental part of how visitor numbers can be increased over the next decade.

“Young people are at the heart of Dundee’s future success and this competition has played an important part in encouraging forward-thinking civic engagement and tourism planning amongst the pupils.”