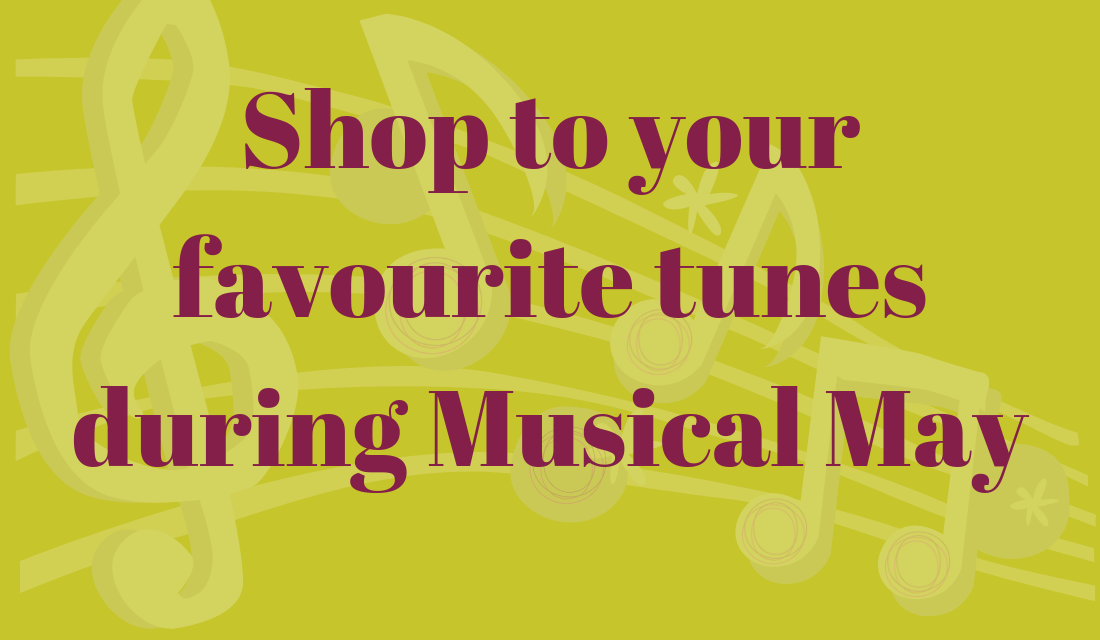 Overgate has announced the launch of Musical May; a month-long initiative that is sure to have shoppers’ toes-a-tapping whilst in the centre.

Each day a specific musical genre will be played as background music through Overgate’s sound system…with customers even invited to have a dance if they wish to their favourite tunes!

Furthermore, Roy suggested different music on different days would enhance the shopping experience further. Morag and her Overgate management colleagues loved the idea and confirmed to the enterprising youngster it would be implemented.

Now shoppers will be treated to a different theme each day for the duration of the month. The themes are Motown Monday, Swing Tuesday, Pop Wednesday, Classical Thursday, Funk Friday, Kids Tunes Saturday and Northern Soul Sunday.

“I would like to thank my wonderful son for helping me to be more creative at work!

“Roy has a number of medical issues such as DCD, Addison’s Disease and ADHD but these conditions have their advantages – he is super creative and always coming up with ideas.

“Musical May is just one of many inspired suggestions Roy has made and I am delighted Overgate is taking his idea on board for the wider benefit of our customers. I hope everyone enjoys the different musical soundtracks each day throughout the month.”